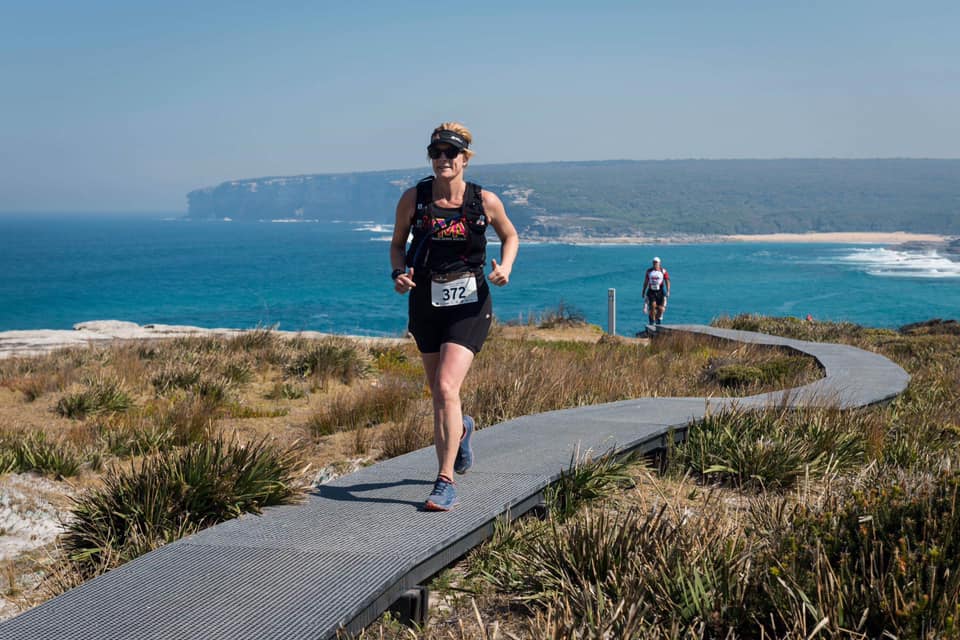 Want to know what to expect come race day?  Then check out the course as seen through the eyes of 2015 overall winner Mark Green, the man behind ‘The Body Mechanic‘.

The Coastal Classic is a race which attracts road runners and trail runners in equal numbers. It is a bit like the 6 Foot Track in that respect, and one of the reasons I enjoy it so much. As a trail runner it is always good to be able to pit yourself against the roadies to find out where you stand in the “strength vs speed” stakes.

The finish line conversations after the Coastal Classic are very telling, and sum up the different perspective and expectation levels of road runners vs trail runners.

Most of the trail runners I speak to after the race complain that the course is “too runnable”, and that there aren’t any big enough hills to really sort the wheat from the chaff.  Most of the road runners on the other hand have suffered pretty bad cramp, have hated the fact that they “couldn’t get into a rhythm” and can’t believe it took so long to run “only 30km”. 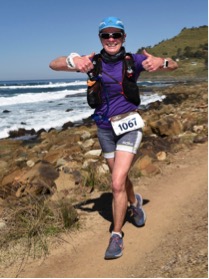 The course itself is challenging. It has a little bit of everything, with the terrain, surfaces and gradients changing consistently the whole way throughout the course. Having a good training plan for this race can make all the difference.

Self Seeding Start Helps Spread Out the Field 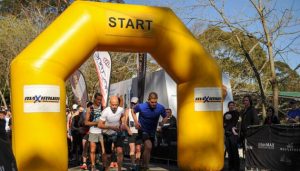 The race start is self-seeding which is fairly unique in trail running circles and adds another element of mystery and appeal to the race. You line up on the start line in pairs which are set in 5 seconds intervals. The fastest runners in theory should start at the front of the pack so they don’t get caught up in any traffic jams on the single track. It is amazing the amount of politics, heckling and banter that goes on as people try to line themselves up in their expected finishing order.

The race starts with a 200m “sprint” along a flat, sealed section of road, before you take a right turn and head straight up a hard steep climb which takes you all the way up to the top of the cliffs overlooking the ocean. The race doesn’t finish at the top of the first hill, but you wouldn’t know it from the pace that a lot of overzealous and overly optimistic runners take off at. It is wise to take your time up the first climb. There will be plenty of time to catch your mates if you’ve still got some legs left later in the race.

Soon after you reach the cliff tops you dive down into a technical, twisty, potential ankle breaking single track know as the “Palm Jungle” – this is where the “roadies” start asking themselves “what have I got myself into here” and the “trailies” think “awesome – finally some interesting stuff to get stuck into”. For more tips on tackling the trails check out this article

You leave the Palm Jungle after 3 or 4 km and come out onto the open rutted trails which skirt along the clifftops where, if you have the confidence, you can take a sneaky look up from the trail to soak in the spectacular views.

The next section of the course has you dropping down off the cliffs onto a series of short, but energy sucking, beach runs with a steep 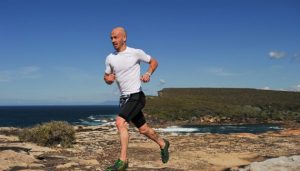 cliff climb at the end of each beach to get back up onto the clifftop track. If you’ve ever ridden a bike with flat tyres, that’s what it feels like when you’re running on sand. Its sucks the spring out of your legs so that you feel like you’re running through treacle. But, it’s the same for everyone, so tell yourself you love it rather than hate it and you’ll end up running these sections faster. Endurance running is 99% in the head after all!

The middle section of the course keeps changing from rutted grassy single track, to boardwalk, to beach, to steep cliff climb and back to a grassy trail again. It is this constant variation which makes the course so interesting, but also so challenging.

Welcome to the 5km Death March

With about 5km to go and just as you start thinking to yourself “I’ve nailed it” – you hit the dreaded 3km “death march” along a sandy track. If you thought the beaches were tough, this little sand track takes it to a whole new level. With 24km already in the legs, and most of the energy having already been expended, there is an awful lot of walking going on through this section. If you’ve got any legs left at all, plus a bit of mental fortitude to go with it, you could pass dozens, if not hundreds of people on this short but taxing 3km stretch – including your mates who sprinted up the first hill!

I highly recommend doing some sand specific training.  Watch this video to learn on how to approach running on sand

Finally, when you reach the end of the sandy track, there is a short section of single track dropping down to the last beach section along Jibbon Beach. By now though, you can smell the finish line, so the beach doesn’t actually feel that bad.

A couple of small hills are thrown into the last 500m as you run through the back streets of Bundeena to the finish line at the Bundeena RSL.

As you cross the line you’ll see lots of “roadies” sprawled out on the grass screaming about cramping calves and hamstrings, and you’ll hear lots of “trailies” complaining that there weren’t enough hill to slow the fast runners down.

Despite these complaints, the finish line atmosphere is awesome and very friendly, with the combination of a sausage sizzle, some massage tables and the RSL bar providing the perfect recovery formula for everyone to reflect on the days activities.”

Last year, over 80 runners followed Mark Green's,  12 week Coastal Classic program, tailor made for this event.  Everyone loved the daily exercise guide, body maintenance exercises and advice on how to approach their race nutrition before, during and after the race. But don't just take our word for it.

With a beginner, intermediate and advanced option, it really catered to all types of runners.  Those new to the trails enjoyed the tips on how to work on their technique and approach their strength work and the experienced learn't some new secrets to smash their PB's.

No matter what your goal, this race provides a challenging and great day out!.